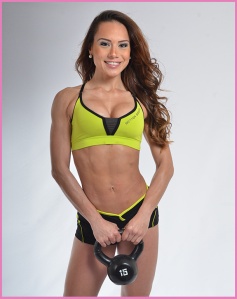 Nathalia Melo is one of the leading fitness models in the world. Having won the 2012 Bikini Olympia Champion title, Melo solidified herself as one of the greats in fitness modeling competition history. Melo is the first Brazilian Professional IFBB Bikini competitor and International Fitness Cover Model. She has been featured in numerous magazines such as Muscle and Fitness, Muscular Development, Flex, Oxygen, and graced the cover of Fitness Rx multiple times. Flex Magazine ranked Melo as the #5 all-time fitness models.

When she first moved to the U.S. in 2004, Nathalia was caught up in an unhealthy lifestyle and began to watch the number on the scale rise. By the end of 2009, Nathalia decided to change her sedentary life and challenged herself by signing up for her first National Physique Committee (NPC) event. With a lot of determination and discipline, she not only won her class but also took home the overall trophy!

A few months after Nathalia’s first competition her fitness career took off faster than anyone in the industry had ever seen. She acquired high-profile management, signed a sponsorship with Nutrex Research and earned her professional competitor status. Melo scored a win within her first two professional competitions and placed 3rd in her third competition, which qualified her for the largest bodybuilding competition in the world, the Olympia. Nathalia took 2nd place in 2010 and again in 2011. She was invited to compete at the Arnold Classic in 2011 and 2012 where she placed 3rd and 5th, respectively. Nathalia finally broke through and won in the Olympia in 2012. 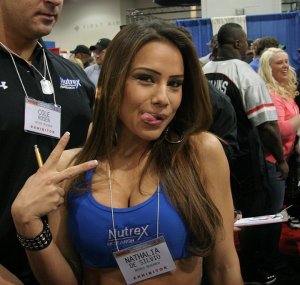 Things she loves are: 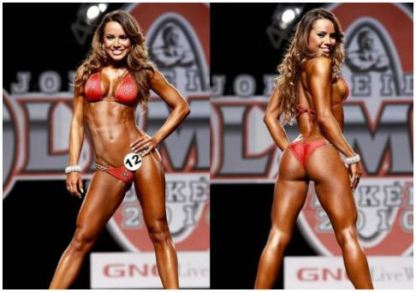 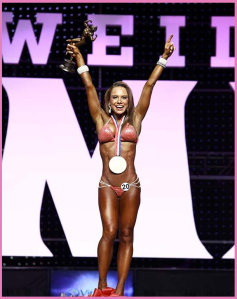 “Winning doesn’t make you a better person, but being a good person will make you a winner.” – Joe Carlozo

Roxanjels Fitness will be at “Nathalia Melo” Italian Camp in May either in Milan and Rome… stay tuned!!!…we can NOT wait!!!